Gardens: How To Keep Basil Alive 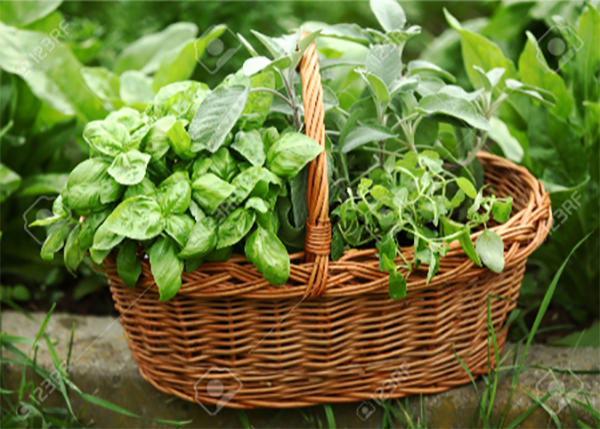 A pot of supermarket basil is an almost universal starting point for timid first timers making an initial foray into horticulture. Coming as modestly priced, ready-grown plants on the shelves of the veg aisle, they seem like the perfect “gateway drug” – a spot of gardening you can do even in the dark days of December. However, after just a few days on the kitchen windowsill most wilt and die. But this doesn’t have to happen.

When you buy a pot of basil, you are not buying one plant, but a tightly sown clump of more than 20 seedlings. This gives the appearance of an extremely healthy, bushy plant in far less time, which looks great on the shelf and comes in at far lower cost. But the reality is that these seedlings soon start to compete with each other for space, causing the plants in the clump to succumb to lack of light, water and nutrients once out of the cosseted confines of an industrial greenhouse.

To fix this, simply take the clump of plants out of their pot and divide the root ball into quarters by gently tearing it apart with your fingers. Trim out the smallest and weakest plants by snipping them off at soil level to leave a maximum of five strong seedlings per clump. Plant up each clump into its own plastic pot, the same size as the original, using a soil-based potting mix such as John Innes No 2. The high percentage of soil in these mixes holds water better than compost and provides a wider range of nutrients. It may also provide a better habitat for soil microbes, which a 2009 Argentinian trial suggested could boost flavour compounds by as much as 10 times.
Give your newly potted plants a generous soaking and place them in a sunny spot, indoors or in a greenhouse, and let them do their thing. They will soon recover, giving you months of fragrant harvests – and four pots for the price of one.

Pump up the volume

Want to get even more aroma out of your basil? Aside from using soil-based potting mix, growing basil indoors (even in the summer) could dramatically increase its flavor. A trial at the University of Nottingham found that basil grown in warmer conditions produced more than twice the essential oil of that grown in cooler temperatures. Place it high on the hottest top shelf of a greenhouse for a noticeable spike in aroma.